…and no, neither Vince Vaughn or Dave Franco were in my co-working space but I wanted to use this image because I thought the marketing campaign behind it was super creative.

The first time I pivoted out of full-time work in 2008, I had plans to start this blog. I was excited about working from home. I kept the kids in 7-hour a day daycare and had the best intentions in launching an online business.

Weeks went by, and then months. I did a lot of everything, which means I focused on (and accomplished) nothing.

Three years later, empty-handed, I went back to work.

So the next and last time I moved out of office work in August of 2014, I was determined not to make the same mistakes. The answer, I was sure, lied in the CoWorking movement.  A quick Google search revealed that not only was there a kick-ass space only 10 blocks from my home, but it was located in a super cool part of town surrounded by coffee shops, vegan restaurants and train-tracks (how urban chic!).  The ceilings were high, the desks were oak, and the paint on the wall was red.  It was gorgeous.

CoWorking offers a solution to the problem of isolation that many freelancers experience while working at home, while at the same time letting them escape the distractions of home.

And I moved out four months later.

What happened? First, I have to take much of the responsibility for it not working out.  That said, nobody spoke.  There were, what appeared to be, fabulously creative people, working on fabulously large 30 inch MAC screens – but it was almost impossible to make eye-contact let alone have a meaningful conversation.  And when my phone rang super loud, or I launched a podcast (always, with an exceptionally obnoxious intro) forgetting to plug my headphones in, the shock and irritation was palpable.  Think library.  I tried the “when in Rome” method by wearing my headphones, but there are only so many podcasts, music, audio books that you can listen to 7 hours a day before you start to go a bit loony and your ears actually start to hurt.  (Even white noise – listen to a train combined with coffee shop from Noisli for 5 hours and see how long it takes you to come back to reality. )

In short, I was lonely.  Which does not happen when I am working at home because I get to have long conversations, out loud with my best friend  ( warning:  do not try this in a corporate environment, it is harder than you might think to convince the CEO it is a sign of intelligence.)

…strong communities can sometimes be difficult to penetrate, precisely because they are forged on close ties and deep connections between the people in it. Communities are defined by the participants’ feeling of belonging – and if you don’t feel like you belong it is difficult to feel like you are part of the community. –How does it feel to start CoWorking?

And while it wasn’t for me, I am glad I did it. Because otherwise I would still believe that there is this utopia for Entrepreneurs just ten blocks away. And that by not being there I was missing out on the exact collaboration and support I needed to build my business.

So who is CoWorking for?

It could probably work for anyone that was willing to put the time and effort in to make it work.  It for sure works for introverts or those who  just want to get sh*t done because (in my experience) the norm is to put your oversized headphones on and tune out the rest of the world.  For extroverts, and/or those using CoWorking as a solution for social interaction, motivation or accountability, try any of these:

Still not sure?  Most Co-Working situations offer a trial, or a 3 days a month (for when you absolutely need to get out of the house, or meet a client in one of their meeting rooms).  Start here.  And good luck!

Important note:  No vegans were harmed in the publishing of this blog post! 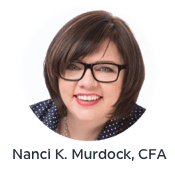 I'm Nanci Murdock. I am a Montreal based money coach who helps women who want to learn how to invest on their own but might not know where to start.

Check out http://themoneycoach.com/start and find out what the most significant risk facing women investors in 2017 (hint: it has to do with longevity risk, or outliving your money), and how to avoid it.